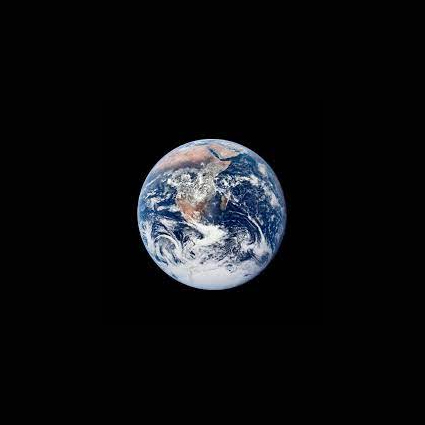 It’s the movement – some might call it a religion, some a cult – started by Apollo 14 astronaut Ed Mitchell, on returning to earth and after experiencing an epiphany up there, on the edge of deep space.

Looking at the jewel of earth framed in a limitless black space on the return journey from the moon, in a profound, poetic moment of awareness and enlightenment, Mitchell felt he was suddenly, deeply, intimately connected to…everything.

In this moment of transcendence, Mitchell is said to have ‘glimpsed an intelligence in the universe and felt connected to it.’ Very much like the English artist-poet William Blake’s vision of a cosmos where “every particle of dust breathes forth it joy.”

His epiphany took an intellectual form too, with Mitchell thinking that the core, binding element of the universe was, not its dimensions, or time, but – for want of a better word – information. And Mitchell felt, no he knew, that every single thing, living or inanimate, no matter how huge or small, contained or had access too, this knowledge.

In true, laconic US astronaut style, at that moment, Mitchell simply said “Wow.”

But there was more. Out of this comes. Mitchel reasoned, a universal consciousness (Jung’s ‘collective subconscious’ perhaps – but wider, all encompassing, infinitely bigger). If this all sounds too New Agey, consider for a moment the advances in science that have proven if you separate two particles, even by immense distances, they maintain (an admittedly) nebulous connection. They ‘resonate’ in a property called ‘non-locality.’ They do. Even if no-one has as yet properly explained exactly how this happens. Even Einstein couldn’t.

And out of this consciousness also arises the possibility of viable non-local communication – telepathy, telekinesis, you name it. And as Mitchell points out, how many people in the world believe in the power of prayer? And what is prayer, if not…?

All of which sounds like strange territory for an astronaut, educated (programmed? brainwashed?) within the US military industrial complex, an ex-fighter pilot.

Mitchell left NASA and founded the Institute of Noetic Sciences (IONS). Its aim is to reconcile science with religion in revealing the secrets of consciousness itself. No biggie.

Mitchell grew a beard – another very un-astronaunty thing to do – and became like a guru to a growing band of alternative folk. Things started getting out of hand, so he eventually left the board of IONS, shaved his beard, but he sticks with what he felt in that telling moment in space. IONS still exists, noetics is a phenomenon. What’s more, it has the ability to bind and band together an extra-ordinary disparate set of disciples. In peace. Just like the Apollo programme itself tried to do.

All this, out of one man’s experience of blasting off, breaking earth’s orbit, going to the moon, walking on the moon, and seeing the glittering earth splendidly framed in a tiny window on the way home. That says a lot, I reckon, about the value of that home.