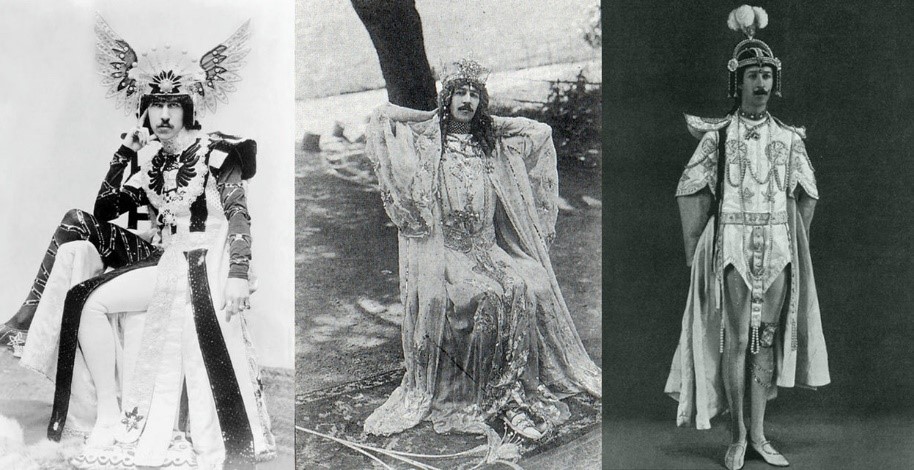 Paget is my middle name. There’s a family connection somewhere, my maternal great grandmother, who we called Wizzywigs, was a Paget.

Maybe there was something in that wacky nickname, for when I researched the Pagets I found eccentricities aplenty – and all far greater than those mustered by my dear old great gran. And yes, I’ll admit I was researching the Pagets of 19th Century England after finding a picture in an old family photo album of a grand Dowton Abbey-esque estate, and was thinking there must be some money there for a long-lost cousin in the colonies.

But no. As far as I can make out, the estate is long gone.

I did find a wondrous tale of squandering, writ large. It seems the Pagets (and sometime I think I may inherited elements of this family trait) made something of a speciality out of spectacular economic disaster.

Take ol’ Henry Cyril Paget, the fifth Marquess of Anglesey, who also briefly went by the titles Lord Paget and then the Earl of Uxbridge (I suspect he got fired from these positions, if that’s possible – you’ll see why), and was nicknamed 'Toppy'. Now he was some character. They also called him the ‘Dancing Marquess”, for his habit, we’re told by irreproachable sources, of performing “sinuous, sexy, snake-like dances.” Is that so bad?

Get an earful of what The Complete Peerage said of him. "seems only to have existed for the purpose of giving a melancholy and unneeded illustration of the truth that a man with the finest prospects, may, by the wildest folly and extravagance, as Sir Thomas Browne says, 'foully miscarry in the advantage of humanity, play away an uniterable life, and have lived in vain.'"

OK the writers at Peerage would most likely be a crusty, snobby, stiff-upper-lip mob, but that’s hardly holding back for them. They must have felt, for once, they had a real fruit cake on their hands. Or that Cyril richly deserved such a critique. At least we may applaud good ol’ Cyril for stretching them.

Still he had some wealth – at least to start with. When his father died, he inherited the lordly title title and the family estates covering about 120 km² in Staffordshire, Dorset, Anglesey and Derbyshire. They provided an annual income of £110,000 (equivalent to £11 million now.) Anyway, our man Cyril went from bad to worser. His lavish social life meant he racked up big debts. He was so busy behaving outrageously and spending money, it’s rumoured he didn’t consummate his marriage to a cousin, the splendidly-named Lilian Florence Maud Chetwynd. She left after six weeks, and finally annulled the deal.

He converted a chapel at the family's country seat, Plas Newydd, into the 150-seat ’Gaitey Theatre.’ He would take the lead roles, opulently costumed natch, in pantomimes and productions across the spectrum, from Oscar Wilde's An Ideal Husband to Shakespeare's Henry V.

An historian of the theatre, Viv Gardner reckons that Cyril was "a classic narcissist: the only person he could love and make love to was himself, because, for whatever reason, he was "unlovable.”

My family reprobate expired in Monte Carlo in the same year, aged 30. The wardrobe he had left included 260 pairs of kid gloves, 200 gold ‘scarf pins’ and 100 dressing gowns (obviously not all sold).

One of the other family seats was Beaudesert in Staffordshire: a romantic Tudor house with a wild and ancient park. Now that grand home is just a few ruined walls, in the middle of a camping ground.

Why this tragic tale of family disappointment? What does this all tell us?

There’s a reason for this.

It’s just that, a quest for reflected glory is always in vain. That there are skeletons in every closet, no matter how outwardly fancy. That in seeking greatness (or worse, a handout), it pays to looking no further than yourself. Right here. Right now. But still, Cyril’s is a worthy story…