Glory or Juan de la Cierva, where are you now?

…and so it goes on, before and after, and in between, these few entries.

But of the aircraft types in this list of crashes, no autogiros. Yet.

Of the fatalities, none from me.

This is my conceit: That we machines can see the future.

That we need people to invent us, to manufacture us, only to make that future real; and then to see it for themselves.

That they, still, may not see consequences. That our place, on this, the edge of the sky, is to always dream of the likelihood of inhabiting its middle, even its farthest reaches.

And so this story will unfold, at the edge of its own universe of possibility – only to be stopped short by something I have already foreseen. 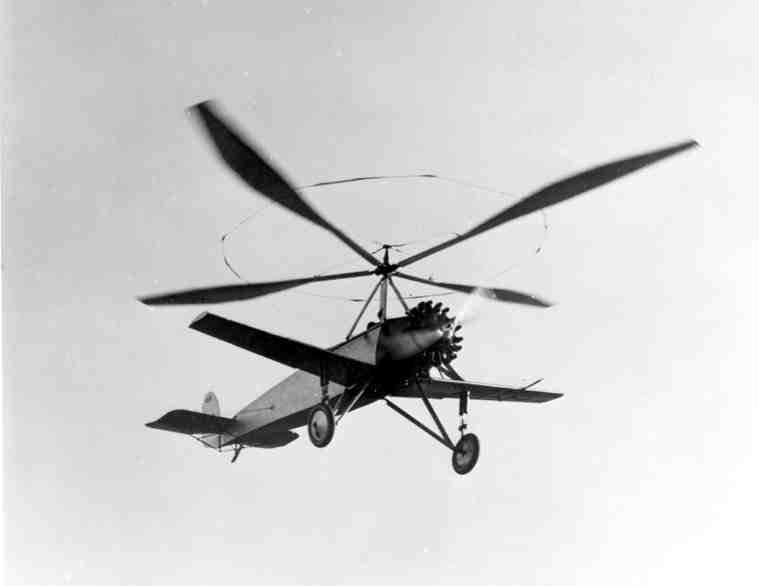 I am the glory machine of my time. The original miracle device. I am the sum of all your dreams. I am spelled with an ‘i’ not a ‘y’.

I am autorotation; and am patented in four continents for that. For my flapping hinge rotors, too. I am a registered trade mark, spelled with an ‘i’.

I can see the future. But this sentience can only be written after that future is past.

Such is the tragedy of machines that are ahead of their time. Like me.

In the tinsel cacophony of this, the jazz age, I am the horn section of the skies. I am seventy six trombones in the big parade, I am one hundred and ten cornets close at hand. I am double bell euphoniums and big bassoons, each bassoon having his big fat say!

I am evolution’s last incarnation before the God Machine was born (as some would call that infernal clatterer, the helicopter). I made his conception possible. He was invented in the year my inventor died. So then I was discarded. Not many people remember that.

I am the technology that flirted with extinction; then decided against it. (I can make you humans do things to keep me alive – if only just). If extinction is a natural part of evolution, then I have simply postponed it.

Some have called me 'The Devil’s Darning Needle.' Others, 'The Flapper Flying Machine.” Even “'An Intoxicated Duck.' Doesn’t bother me.

I have been likened, making my turns in the air, to Charlie Chaplin and his favourite way of turning a corner (a real corner, a hard corner of sandstone and pavement) in a hurry, on film. The corners I turn are in the air. I say the comparison is unfortunate.

We were all optimistic in 1931; even the Great Depression – they hadn’t called it that, by then – wasn’t going to dim the lustre of my story, just yet, but it did in the end.

In this time, I progress from the ruggedly handsome workhorse C-4 (the setter of records, the carrier of mail, the collector of parking fines), to the shiny aluminium enclosed cockpit model, the PA-19. Anything, everything seems possible.

Therefore, I am the aircraft that cannot crash.

I am the aircraft that can only land gently.

I am technology’s sycamore leaf.

And I am the dream that hardly flew.

I am Autogiro. I am the future.

But I am already lost, left, and un-remembered.

Together, Amelia, together Juan, we would have climbed columns of ephemeral nothingness, and sat on them (those columns), solid and fair.

We would have dined aloft, in ways the those dashing sportsmen of the air, those fools of yesteryears hardly gone, could hardly guess.

And we would have done this all without wings.

(You may call these stubbs ‘wings’, o dimwit humans, but in truth, their only work is as footsteps. About as useful as tits on a trombone player, and they will be gone soon, I know. The wings, that is. In particular, these kinds of wings, on this particular kind of rotorcraft. Such is the quest of elegant machinery in this streamlined age. I know, however, that tits and trombones will last longer – though not necessarily ever in that intimate combination.

But I ramble. Perhaps it’s simply the predictable outpouring of my pain.) 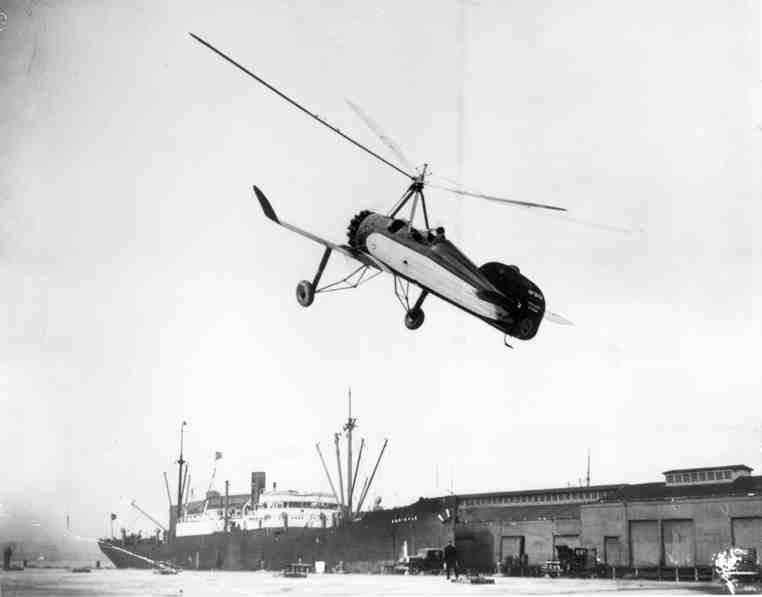 Names to conjure with. Those who believed in me:

• Beech Nut. It was Miss Amelia who flew in the Beech Nut autogiro, to set a women’s altitude record. Sales soared.

• Pep Boys stores – they lent a K-3 autogiro, called Snowman to Rear Admiral Robert E. Boyd for his second Antarctic expedition 1933-5 “I was greatly impressed with the virtues of the autogiro. With its singular hovering instincts and nearly vertical landings, it is the perfect instrument for short-range reconnaissance in the polar regions,” said the good admiral.

This evolution of grace is only achieved with a divot or two. So be it.

Captain Frank T. Courtney, a crash on January 27, 1926, blown over by a 42 mph wind while landing in a muddy field, described by him after watching a newsreel: “A giant golfer gone mad, the whirling blades were shown smashing into the ground, distributing huge divots of wet earth all over our VIPs.”

These are times fulsome as a flag. This is the age of rampant possibility. And I am the apogee of it all.

I am the exoskeleton of the dashing aviatrix. I will lift her, cocoon her, protect her, and return her to earth, safely, soundly, to her adoring public.

I will take her higher than anyone else before. Amelia and I set an altitude record of 15,000 feet. At the apex of our flight, we whoop with joy together, but nobody else hears us.

I am the clothing of her fame. I am in the pictures. Photographed in my cockpit, or with leg extended to hoist herself up, she exudes an irrepressible confidence.

She is beautiful, beautiful beyond the ordinary understanding of it, with her gap-toothed smile and all, her yearning for the skies.

And she, fickle woman, she will then reject me, for faster aircraft.

And then disappear in a fixed-wing plane over the boundless ocean. Did that plane stall, too? 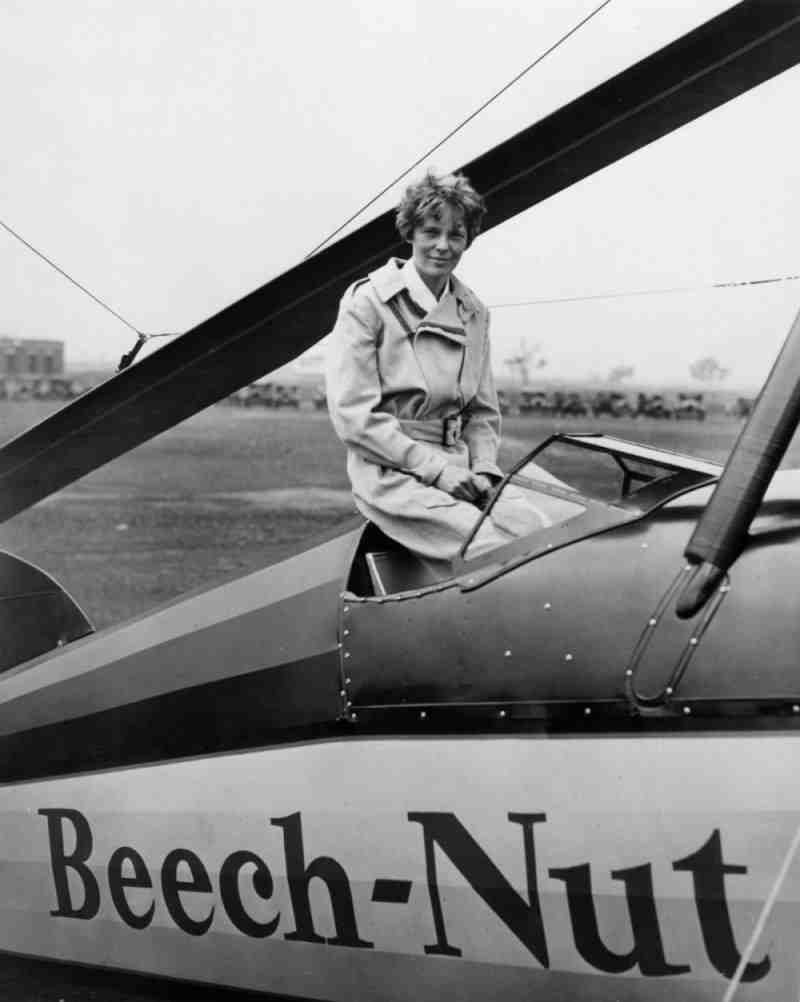 A list. A group of raw boys. But, what names!

Juan, Jose and Pablo and friends built the first Spanish aeroplane. The propeller was carved from seasoned wood, sourced from the countertop of a local tavern.

The plane had conventional wings. It stalled. It crashed.

But that cannot bother me now, for:

I am the aircraft that cannot crash.

I am the kazoo of the clouds.

But that will not bother me, even though:

I am hope, made hapless.

I am the dream that hardly flew.

I was the future.

And I am already lost, left behind by forces of history greater than me and my human-half, and so sadly, I am un-remembered.

1917 – graduated with the title Ingeniero de Caminos, Canales y Puertos. (Engineer of Roads, canals and ports – the highest engineering degree in Sapain at the time)

1930 – when the first University for Aeronautics was established in Spain, he was awarded an honorary degree, Ingeniero de Construcciones Aeronáutica;

Chevalier of the Legion of Honour, France; 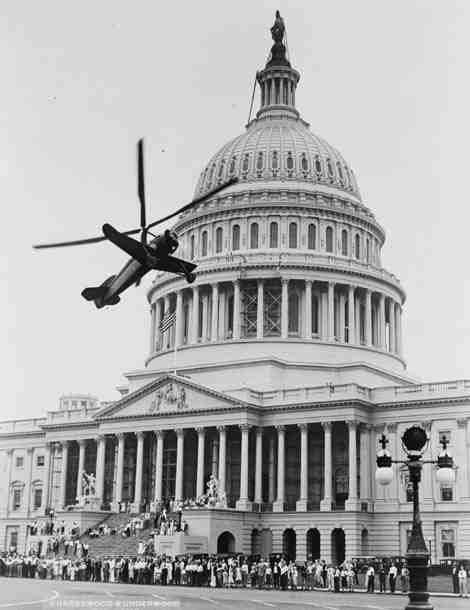 (While others flapped away dancing, in the new vogue of fashion in loose shifts, we flapped to the future fringes of aeronautical science. We shifted those edges.)

Would that an alternative history faces me! This is the sad irony of the machine – all machines – and the only dulling of our glossy patina of promise.

Unlike humans, we machines know our future in advance.

This is true: that we machines can know the world in advance of the things that happen. That we have prescience. That humans have no such ability.

Yet it is our lot to need to be invented into existence by you un-sentient beings. So we may know what will happen – but first we need someone to make us. Not to dream us up – that dream is already there – all we need is the practicalities of construction.

So our prescience is no good to us: we cannot build ourselves. We cannot re-build, re-model, refine on our own. That is in the hands of the manufacturing ape.

We live on the avant-edges of our possible universes. Naturally, this comes with its own set of problems.

And so, we have no control over the tides of our own history.

Or over the fog that will kill Juan de la Cierva – in our particular case, our father, our inventor.

And like the rest of his tribe, even he cannot see where the unwritten history of machines will take him. Or us.

He is filled with hope, as all inventors are. We, as his glorious machines, provide daily proof – well, apart from a few mishaps along the way – to fuel this hope. But we know we will be forgotten soon.

All of which is cruelly ironic. For what will happen in the fog is that an aircraft will stall from too slow a take-off speed. This in 1936, when Juan’s pilot should know better – the science of aeronautics has advanced enough by then. They shouldn’t have attempted that take-off.

And the heavy craft will plummet, and meet an unyielding earth, and bits of plane (and people) will then be the only things flying then, albeit briefly. Two people survive. Fourteen die. One of them, Juan de la Cierva. They will not land with any kind of grace, any of them.

Unlike me, unlike Autogiro.

I would not have stalled. The thing is, I could not have stalled. Neither I, or all or any of my ilk. Thanks to our inventor the good man Juan de la Cierva. But on this foggy and fateful day in the future, he will find himself in the wrong kind of aircraft. While on a mission to go sell more of my kind.

Had he been with me, the worst that could have happened is that we’d settle gracefully like the said, sacred sycamore seed to a welcoming earth. For flying is not as unnatural as you humans would have it. And neither is landing. We can do it, and will forever be able to do it.

But for us, the allotment of history – written so wrongly – is that we will be largely forgotten. And our glory days will become faded like so many Dealuaney dreams.

1936 was a leap year. That Douglas DC-2, in those circumstances, could not, did not, leap.

Worse, it could not return to earth, as I could, to land with the lightness of heroes.

Juan de la Cierva, age 41, father of the autogiro, killed in a KLM airplane crash. The commercial airliner, a DC-2 carrying 16 people, stalled soon after take-off from Croydon Airport in the fog, near London.

It was the bottom limit of the sky, that fatal edge, that claimed them.

Elsewhere: Bradman out for a duck. Australia makes only 58 against England. 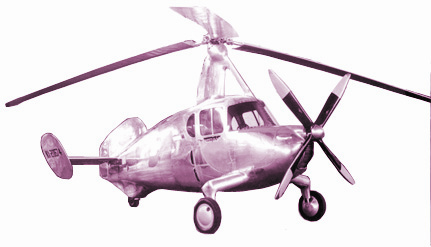 - Robert Park, a physicist at the University of Maryland, on the closure of Princeton University’s Engineering Anomalies Research Programme, which for 28 years tried to demonstrate that human thoughts can affect machine behaviour. Not the other way round.(New York Times, 10 February 2007)