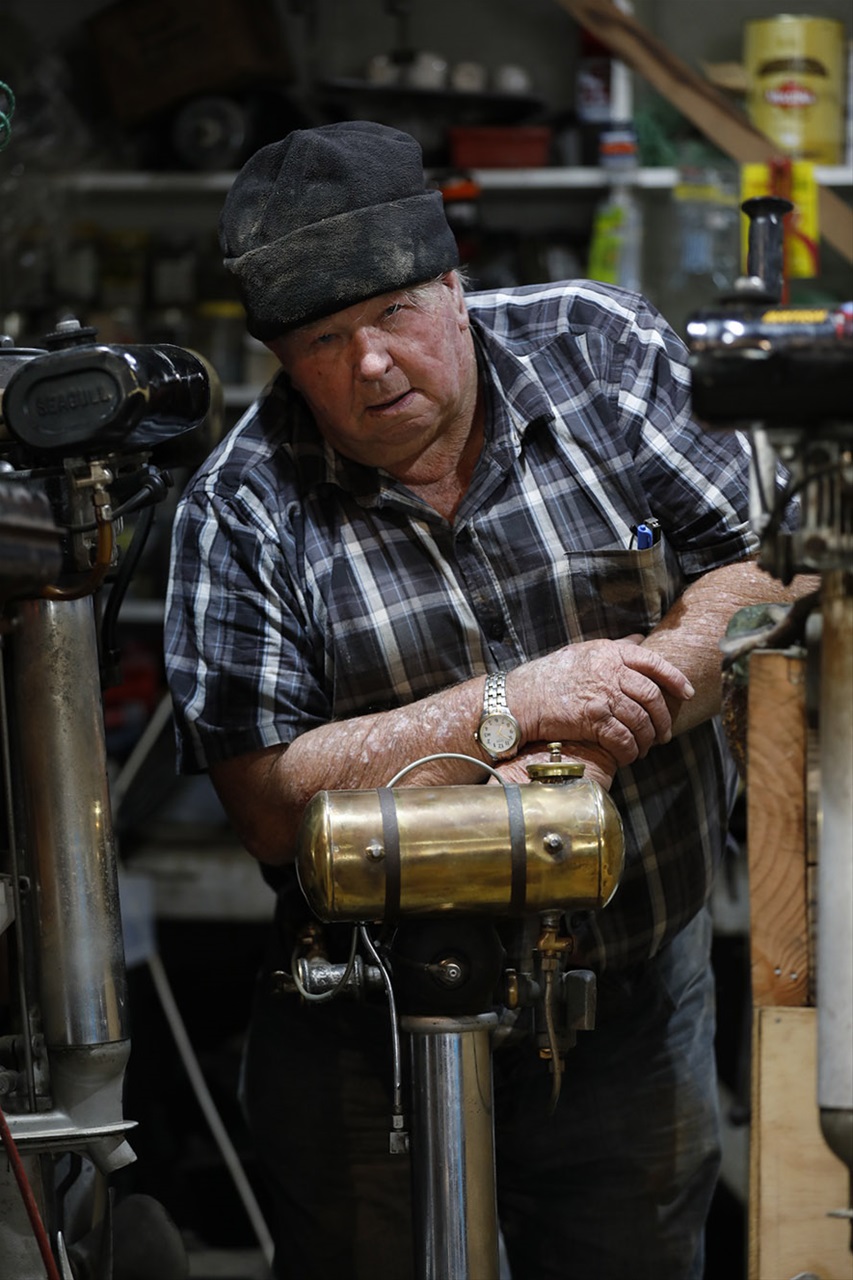 It’s a small-town thing. And a special New Zealand thing. If you’re a small town, you have to have something big.

And so it is here in Havelock, where as I write in the Sneaky Beach Café, a giant cartoon mussel in 3D is staring fixedly at me from across the main road. All this while giving rides to a bunch of smaller mussels atop a surfboard, while holing a flounder impaled on a Neptune’s trident. Ann this while being powered by an outboard motor attached to its bum, and flailing in the air. And naturally, atop a tsunami-like plinth.

There’s arcane symbolism in spades here, at which I cannot even hazard a guess at. Except to be reminded that yes, this is the mussel capital of the world. Smaller mussels made of fibreglass litter the town’s sidewalks. They all have wide-open eyes, which gives you the uneasy feeling of constantly being watched by replica shellfish. It’s a feeling I can’t quite adequately describe.

The mussel thing is huge in Havelock. The mussel barge captains own the harbour approaches. The mussel factories hum day and night, puffing out random white smoke signals. Heavy mussel trucks wheelspin and churn up the smooth new tarmac just laid in the main drag. . Mussels are on every menu, in fillings in every pie shop. Mussels rule!

And so, also, do those venerable outboards of yore, the British Seagulls. Havelock appears to be the place where they all go – no not to die – but to live on in glory. For the town has an annual – no, four times a year – Up the Creek and Back race, with the only rule being whatever it is that floats must be powered by a British Seagull. Which, as most boaties will acknowledge is a big thing. For most of us sailing greybeards have a love-hate – mostly hate – relationship with these cranky classic motors.

But not the good folk of Havelock.

They have a huge love of the noisy ol’ Seagull, and go to great lengths to tune them up, shine them up and attach them to all manner of unlikely (and sometimes custom-made) watercraft. The Seagull Fleet and their races are a big thing here, too.

One of the big men of local Seagull outboard racing is Leon Williamson, owner of the local chandlery Bow to Stern. Check out the size of his Seagull! And the width of his self-satisfied smile. Goodonya mate.

Local builder Graham Smith is the custodian of the Seagull Fleet tradition. At his yard, there’s a window displaying pics of past winners and also-rans, with the flash trophy and some burnished Seagulls on proud display, all adorned in tinsel. But this is in a side street, not the main drag.

The Seagull races are preceded by a skite-yer-boat procession up that main street. It's de riguer for each boat to have its own gaily-coloured fighting flag.

All of which leads one to reflect on this small-town-big-thing thing. For while the mayor and town councillors and PR gurus may appoint an over-large symbol for the place, a visual marker, there are other less-visible, but equally huge (in terms of genuine eccentricities, or the human spirit) elements that define a community.

Like the extra-ordinary galley of original paintings of that forgotten folk artist Ōriwa Haddon, upstairs at the Havelock Pub.

It means that in this lovely country of ours, we need to keep an eye out – beyond the symbols – for the real deal. For what makes human really tick is endlessly interesting, Especially in small-town Aotearoa. And that’s a good thing. 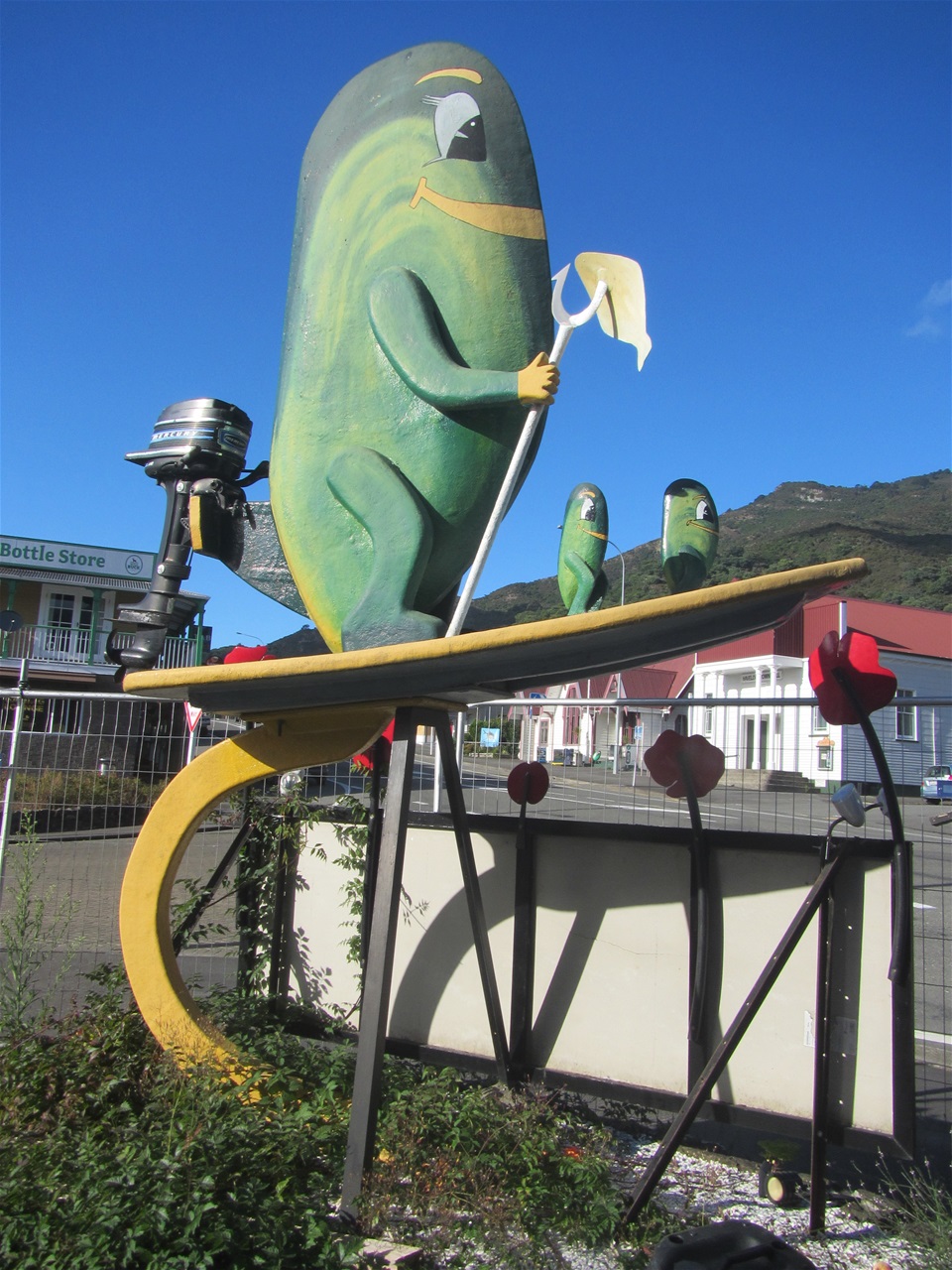