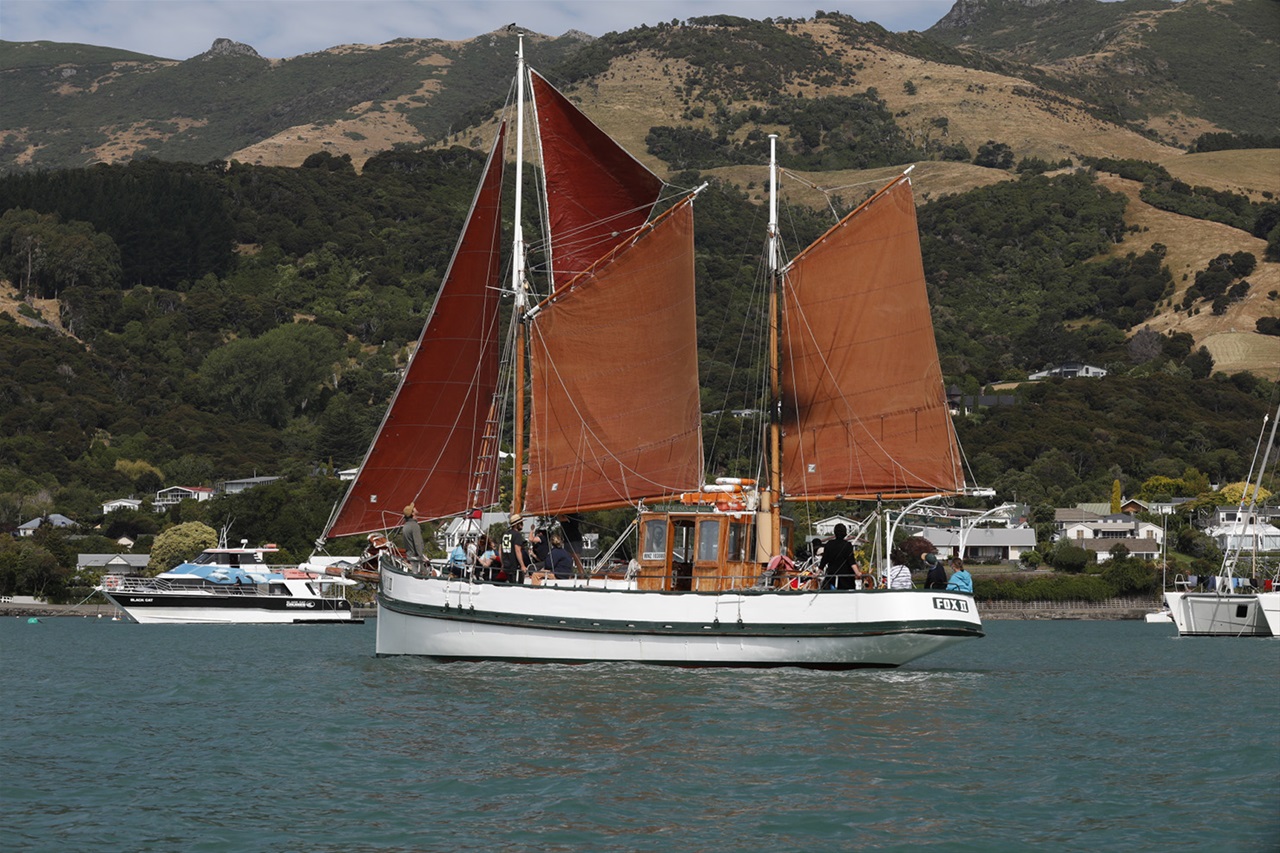 Akaroa: These fullas got it figured

In Akaroa, the second-prettiest harbour in all of Aotearoa, the fullas here (non gender-specific term down south) have got it all figured.

First, they are far enough from their big city, to make it non-commutable. An hour and a half on a wiggly road over the rim of a volcano’s crater to Christchurch, or a 40NM daysail via Pacific swells. Granted both do offer spectacular scenery, but on-one seems to do it on a daily basis. So the lovely wee town has an entirely manageable population of 600. And still not everybody knows everybody. And still, not everybody likes everybody. Jude said about a local visible “Watch her – she’s a bitch.” But hey, that’s life ey?

They did have a period that most locals called “Disneyland madness” when cruise ships discovered the harbour. Sometime there were four of them anchored in the roads in a single day. It was the resort development conundrum writ large – or as large as could be in Akaroa. The charm of the locale that originally attracted people, sorta attracted too many. And not all the locals were happy to be gawked at by cruise ship blue rinses, walking shorts et al.

So Covid fixed that. And it would appear the gracious little town has successfully re-invented itself within the new national sport of Kiwis re-discovering their own country. Visitors are of the kind you can relate to. And almost all local business have survived. The (no less than) four watch-the-dolphins tours operators are still going out every day. Including our new shipmate Roy, a hospitable Italian-New Yorker, running Fox II, a 100-year-old gaff-rigged ketch, that he reckons is the more civilised dolphins-seals-albatrosses-mollymauks-whales watching option. We agreed. He’s a great chef too, just BTW. Locally farmed salmon, fresh from the wharf across the bay.

In another old-time good thing, Bernie, the skipper of the fishing boat Invader has held on to his license to sell his catch direct from the Akaroa town wharf. None of the madness of huge factory ships dealing frozen de-materialised stuff to the supermarket circuit. No sah, not in Akaroa.

Then there’s the story about the huge jetty the local yacht club built, sans consents. It appears some tanalised poles “fell off a truck” the armchair admirals at the club told us. And next day, mysteriously, there they were in a higgeldy line stretching out from the clubhouse, upon which a matching not-so-straight jetty deck was built. All good. The yacht club, we learned, was established just for the purpose of running a single race from Wellington to Akaroa in 1965. The club is still going strong; the race not quite so much, and its flash solid silver trophy languishes in the clubhouse.

But in another thing, the locals were no laggards. When they suggested a new marine reserve in the harbour mouth ten years ago (they already had one round the corner at Pohatu Flea Bay), our nation’s most average Minster of Conservation ever, dear Kate (bless her socks) declined it for spurious reasons. Which naturally made the good Akaroa folk furious. They weren’t taking no shit from the minister, and appealed to the high court. And won. Her shonky logic was quashed.

The marine reserves, which provide home and habitat for the really cute Hector’s dolphins, and the funky krill called whalebait (well, some, for all the locals now reckon the reserves are too small), are now universally popular, and the backbone to the dolphins-seals-etc tours. And keeping the town going. For the heady days of whaling, timber-milling, fishing, wool farming, cocksfoot grass-seed collecting (yes, they had a boom in this too) are long gone.

But, together with the dolphins, the good people of Akaroa have figured out perhaps the finest form of Aotearoa small-town sustainability.

Good on them. It was with some regret that we slipped the mooring at dawn this morning to head back to the other side of the hill.