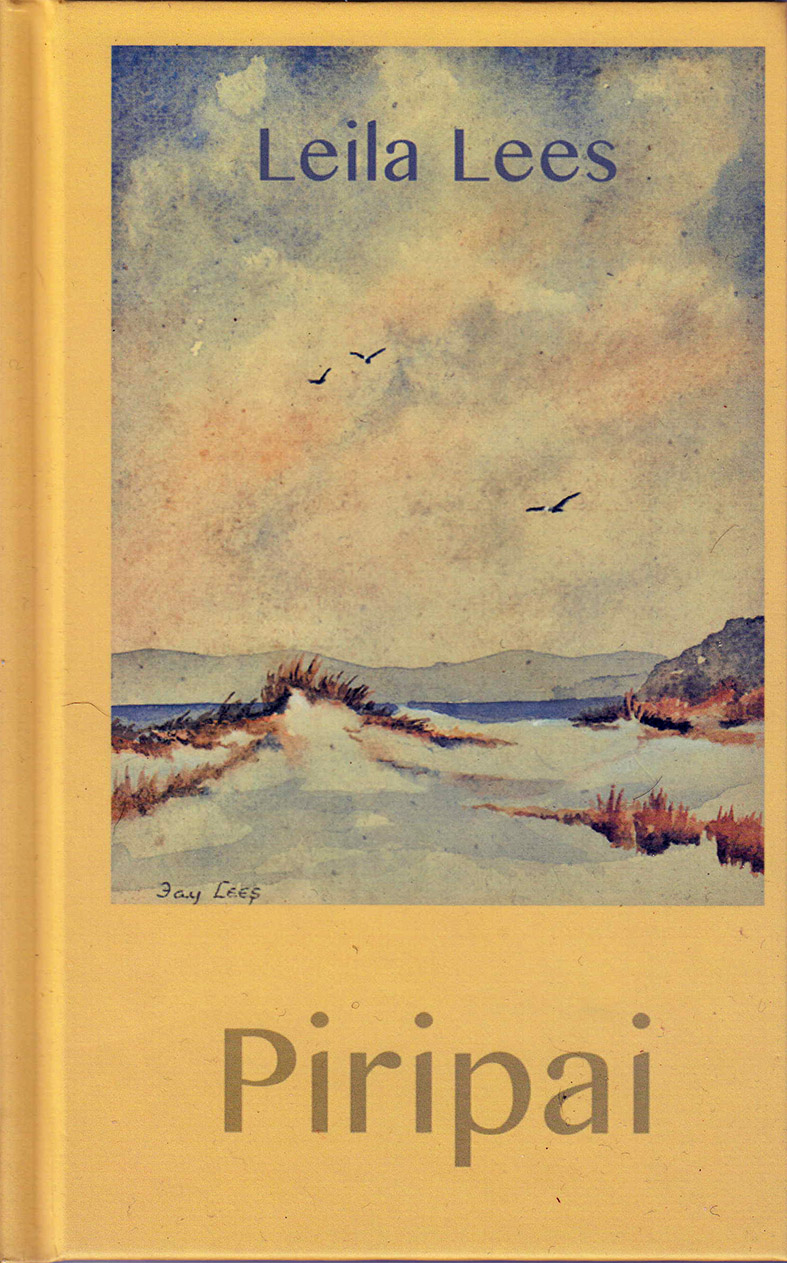 Piripai by Leila Lees: a gift

A delightful aspect of the manners of shags – generally considered not the most attractive of birds – is their courtship ritual that involves the sharing of ‘gift feathers’. In the small gem of a book Piripai, an intimately-observed ‘natural history’ a prose poetry, Waiheke author Leila Lees has also given us a gift made up, in part, of feathers. For her chapters are all focused on a particular bird. But it is much more than this too; for in its structure and form, it is also an evocation of a lost world, a meditation of the profound beauty of the everyday that surrounds us, and so it become of universal value.

Piripai is a still-lonely stretch of land, held tight on a sand-dune spit between the Whakatane River and the Ocean, and bisected by dusty roads and a slow-moving canal. It could be considered featureless by an un-feeling, once-over observer. But to the girl who is the central character of the book – along with the birds she devotes each a chapter to – Piripai is a papakainga of richness, of mystery, of great and enduring worth. In the small part of it that has become developed as a beach suburb called Coastlands, it’s perhaps telling that the one current landmark is a place called Bespoke Flowers.

As for the birds, the girl records her observations a feelings with regard to a mix of endemic and exotic species, indicating an acceptance of the natural world as it is, as it finds itself now – and as the girl and the woman and the man and the brothers and the aunts found it then. There’s even a chapter devoted to mynahs. Though they are characterised in diverse ways – as cruise ship passengers, as out-on-the town revellers, as carnival barkers, as loitering gangsters, as jaywalkers who ‘adroitly elude their deaths,’. All quite apposite, if you know mynahs as well as the girl. The passages about starling are especially beautiful: “Outside the starlings are prattling. Groups fly up and fold like a broken wing heading towards the plains. One flies the other way, causing the others to talk more loudly. Pernickety over the whither which way, they turn back, briefly landing down on the grass, fussing. The woman looks past to see one fly up, a black rainbow with a smattering of stars. Up it lifts, its beauty unrecognised in its commonality. It leads the others, like scrabbling silhouettes, over the plain.” (By the way, there’s a lovely word in the English language for this flocking phenomenon – a murmuration.)

The characters of Piripai reveal themselves in lovely, languid, almost mystical way: the girl’s boundless curiosity, her ongoing wanderings and observations; the woman going out for plein-aire painting, but often not painting, being content to be just there; and the man (a delightful touch this) who sometimes goes fishing without casting out a baited hook – just a sinker will do, to make it look like he’s onto it, but secretly not wanting to harm any fish. The girl sees everything; and she imparts deeper notes in a necessarily cryptic and economical way, like, say, simmering tensions in the adult world; or the mystery of a group of her older brothers’ friends descending en masse on the family home, then just as abruptly disappearing. Like migrating birds, the girl notes.

In reading Piripai, the music and the majesty of the words kept forming acapella song in my head, with the wind, always there, as an accompaniment – just like, I guess, the opening lines of the chaffinch chapter: “Autumn entered into winter like a simple melody.”

Piripai is a book for the ages, for although it is set in a specific time and place, it reaches out across a kind of universality of thought. A gift – a taonga – not only to Leila’s family (they acknowledged this at the book launch), but to the entire nation.

In short, this little book approaches the sublime, the numinous – and in a beautifully unique way. It’s a must-read.