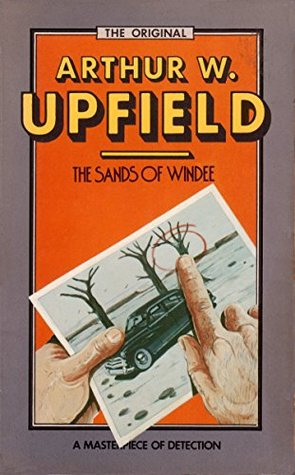 The extra-clever detective is a wonderful literary character, providing authors with a bridge to every reader’s in-built amateur psychology, voyeurism and love of intrigue. Also, the deep desire to find out whodunnit.

So there’s the Famous Four, known to all – even non-readers. Sherlock Holmes, Hercule Poirot, Miss Marple and Philip Marlowe. Plus a published list of the 33 greatest literary detectives.

But both lists exclude – unfairly! I say – Napoleon Bonaparte and Bernie Gunther. Each compelling characters in their own right, beyond being super sleuths to boot.

Here’s why. For a start, they been around. And in remarkable circumstances and landscapes (both societal and geographical) too.

Napoleon Bonaparte, aka Bony, is the star of 29 published novels by the Australian writer Arthur Upfield, who lived from 1890 to 1964. So the writing is tinged, no saturated, with old-time colonial vices, and perhaps it never rises to literary heights. With titles like The Bone is Pointed, Death of a Swagman, The Mountains Have a Secret, The Man of Two Tribes, Bony and the Black Virgin (re-issued as The Torn Branch), The White Savage, Bony Buys a Woman, The Will of the Tribe, Madman’s Bend, et al, this is real penny novel stuff. But great schlock all the same – which is something the Aussies are good at creating. But Bony himself rises above all this.

He is a half Aboriginal, half European detective, who’s schtick is finding the most subtle of clues. Natch. He even went hunting subtle clues in a 1972 television series(hard yakka), where ‘Boney’ (deliberate mis-spelling) was played by James Laurenson. Things went sort-of sour in a second , 1992 TV series, where Bony (spelled right this time) was cast as a white fulla. Not authentic. Not by a long way. Still, the real Bony is the real deal.

Then there’s Bernie Gunther, in the novels by Philip Kerr. He (Bernie) is trying to be a good cop in Nazi Germany. Not an easy gig, as you can imagine. But a terrific literary conceit in the creation of dramatic situations featuring conflicted characters. Of which our man Bernie is among the most dramatic and conflicted. And well worth following.

The Bernie Gunther novels are a tad on the macho-gruesome side. But if you can cope, take a look at the books March Violets, The Pale Criminal, A German Requiem, The One From the Other, A Quiet Flame, If the Dead Rise Not, Field Grey, Prague Fatale, A Man Without Breath, The Lady From Zagreb, The Other Side of Silence and Prussian Blue. Great titles!

He has serious chops, does Bernie. No less than the great thriller writer Lee Childs calls him “one of the greatest anti-heroes ever written.” He’s “sly, subversive, sardonic and occasionally hilarious.”

As is Bony. Give ‘em both a whirl. You’ll be rewarded for this wee sleuthic digression into the byways of the literary detective genre – and well away from the usual Famous Four.