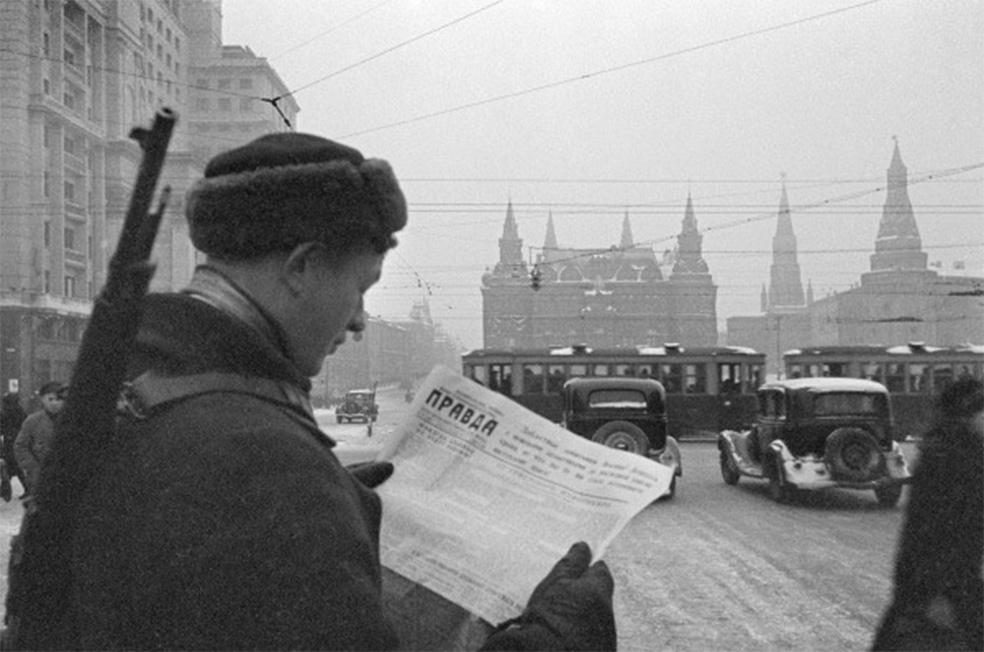 Must be heard: Pravda and why a free press is so necessary

Beyond and behind all the unnecessary human tragedy of the unprovoked Russian war on Ukraine, beyond the bombing of schools, of hospitals, of sheltering playhouses, there’s the insane notion that the Russian people still think this is all a good idea.

But herein lies perhaps the most important lesson for the world. A free press – free to opine at will – is a vitally important cornerstone to the civilised governance of any country.

For although it may be awkward and discomforting at times, the press’ role in speaking truth to power is an indispensable mirror to society, and a canary in the coal mine of dubious policy-making. It’s the bullshit-o-meter that we all need. Although, by it’s nature, it may contain a fair amount of BS itself, in various forms and places.

The free press matters. Even though it may be an amorphous and sometimes-less-than formal entity. It’s precisely because of this that it’s so important. The free press cannot – and should never be – controlled by government.

Which is why the free press is called the Fourth Estate. A necessary equal, back in the day, supposedly to the other ‘three estates of the realm’: the clergy, the nobility, and the commoners. Let’s fast forward to the real world of the here and now. For the other three estates of good government are currently manifest in the separation of powers to the legislative (the parliament or house of elected representative), executive (the government of the day, and all public servants) and judicial (the courts and justice system) branches. But we all know they can be imperfect – in both vision and implementation. That’s why there’s the Fourth Estate.

Hence the need for someone, some independent and equal-to-them body, to keep them honest. And all of us appraised.

Which hasn’t happened in Russia. And before that, the Soviet Union. The newspaper Pravda – the name of which, ironically, means ‘justice’, or at a stretch ‘truth’ – has never peddled the real truth. Ever since its first edition in April or May 1912 (depending on which calendar you’re looking at), Pravda has been in the thrall of the Russian Communist Party, and controlled by their governments. And it’s told their story, in the only way acceptable to them.

The newspaper – and almost all of the Russian Federation’s current mainstream media – is still controlled in this way. Which goes a long way to explaining the widespread duping of the ordinary Russian people vis-a-vis the current unprovoked war in the Ukraine. A free press would have done the people of Russia – and those of Ukraine and the world – a great service by correcting the great lies of Putin. Or at least offering viable alternative viewpoints.

Within the free press, there are other freedoms that should be guarded too. The separation of hard news – based on fact, and balanced reporting – should always be accompanied by opinion, in the form of letters and commentary and independent columnists. And yes, at times they may be less than polite, or uncover inconvenient thoughts, or be straight and to-the-point. But that’s exactly what makes them necessary. And whatever discomfort to the rich and powerful be damned.

For the main benefit of free press is free thinking for all. And the freedom for us all to decide for ourselves. Long may it last in our own wee Godzone.