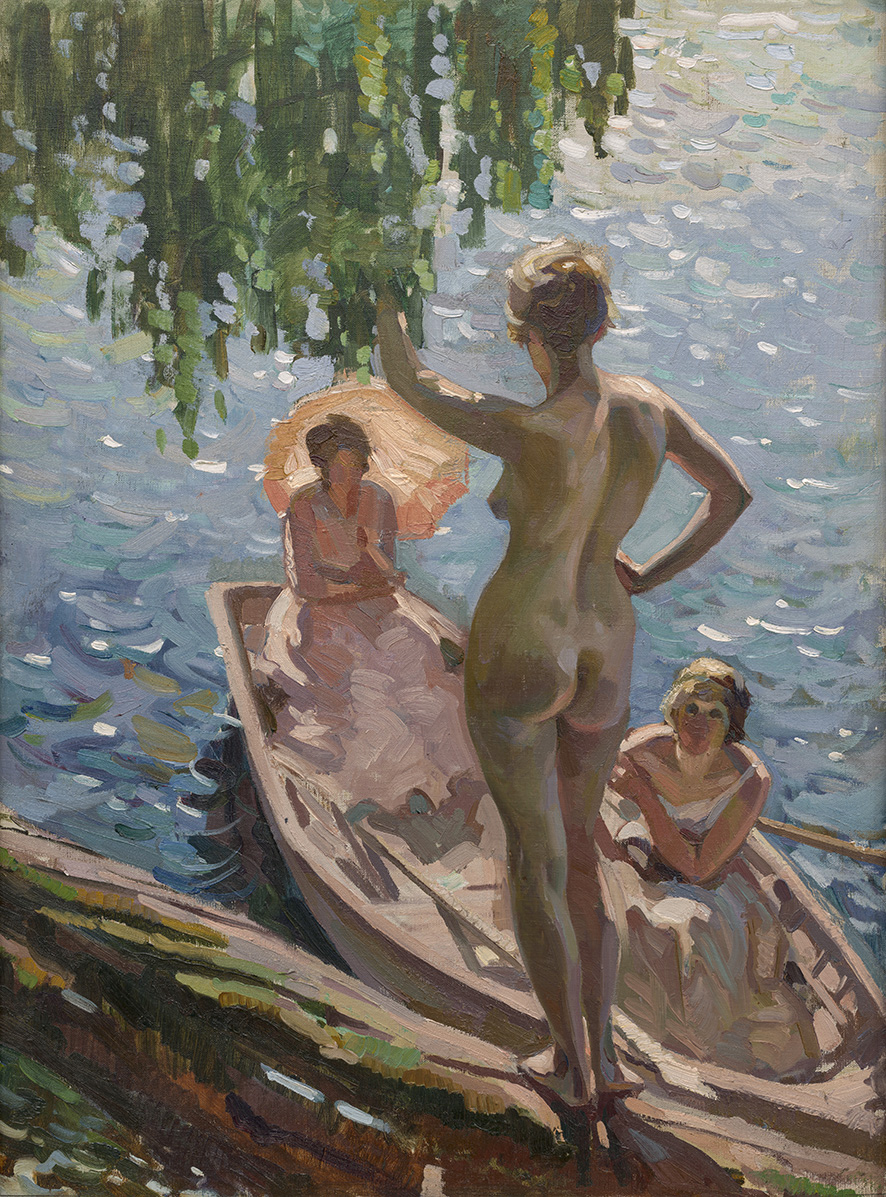 A pairing of painters

Karamea, 1929. A glorious summer in the far NW of the South Island. A sleepy town with only one road in and out (still is). Before the great earthquake that filled the harbour there. Before Black Thursday, the crash that started the Great Depression on 24 October so far away in New York.

Evelyn Page brings her paints from Christchurch for the summer holidays. She has an intriguing composition in mind.

But finding a model to pose nude is a problem. Finally she persuades a local woman who remains nameless. Of the other two models in the row boat, the one with the umbrella is the standing woman’s husband, dressed in her pink voile dress, his long hair a brown scarf draped over his head. Perhaps all this is why the artist hasn’t given us this figure’s face.

Summer Morn, the painting of that day fills an interesting place in the history of New Zealand art. Which in the same era and in the milieu of Page was concerned mostly with the landscape painting of New Zealand Provincialism. She had already created a kerfuffle at a 1926 exhibition in Auckland, with a painting of three female nudes.

When it was shown at an exhibition in Christchurch in September Summer Morn was a stand out. A decorous comment by one James Shelley was:"The most interesting picture in the gallery".

"It is," he ahemmed, "a finely composed piece of decorative realism—real enough for us to enjoy the brilliant sunshine and decorative enough to suggest that it might be called Variations in Green and Pink."

An artist named Rosa Sawtell bought Summer Morn. When Rosa died in 1940, Summer Morn was bequeathed to the Robert McDougall Gallery, and immediately went on display there.

But a letter arrived in 1944. The solicitors of the model on the Karamea riverbank requesting that Summer Morn be removed from public display for her lifetime. On her holiday to the big city, she had unexpectedly seen the painting.

The model herself wrote to Page,"to my horror I saw my own backside on the walls!"

"I just can't live with the thought that the public can see me whenever they like."

So Summer Morn stayed in storage, and did not see the light, until another summer in the late 1970's.

Which takes us back one hundred years to Paris, and a sparkling Jour d’Eté (Summer’s Day) on Lac Inférieur in the great park Bois de Boulogne. Another rowing boat, with two women in it. And a painting by an under-appreciated artist of the time Berthe Morisot. She, unusually among her circle, uses cerulean blue and cadmium yellow to good effect in this work.

She’s remembered more in conventional art history, and unfairly, as the sister-in-law to Édouard Manet. Who is more remembered, unfairly again, for his nude among clothed figures in Le Déjeuner sur l'herbe. And, ironically in this connection, for the ‘male gaze’ therein. And so we go around.

This during the heyday of La Belle Époque – that glorious period of artistic, scientific and technological flowering, between the unspeakable horrors of the Napoleonic Wars and the First World War.

A time when, as historian R R Palmer later put it, "European civilsation achieved its greatest power in global politics, and also exerted its maximum influence upon peoples outside Europe."

Which may explain its reach to distant Karamea, a wee while later.

But in what could be a much longer and complimentary comparison, I think the two painters deserve equal respect for their lovely rendering of painterly light. Which is the main link here.

And as we all know, such sparkle is achieved by the juxtaposition of complementary colours. And, in the case of Evelyn Page’s Summer Morn, perhaps contrasting expectations too. 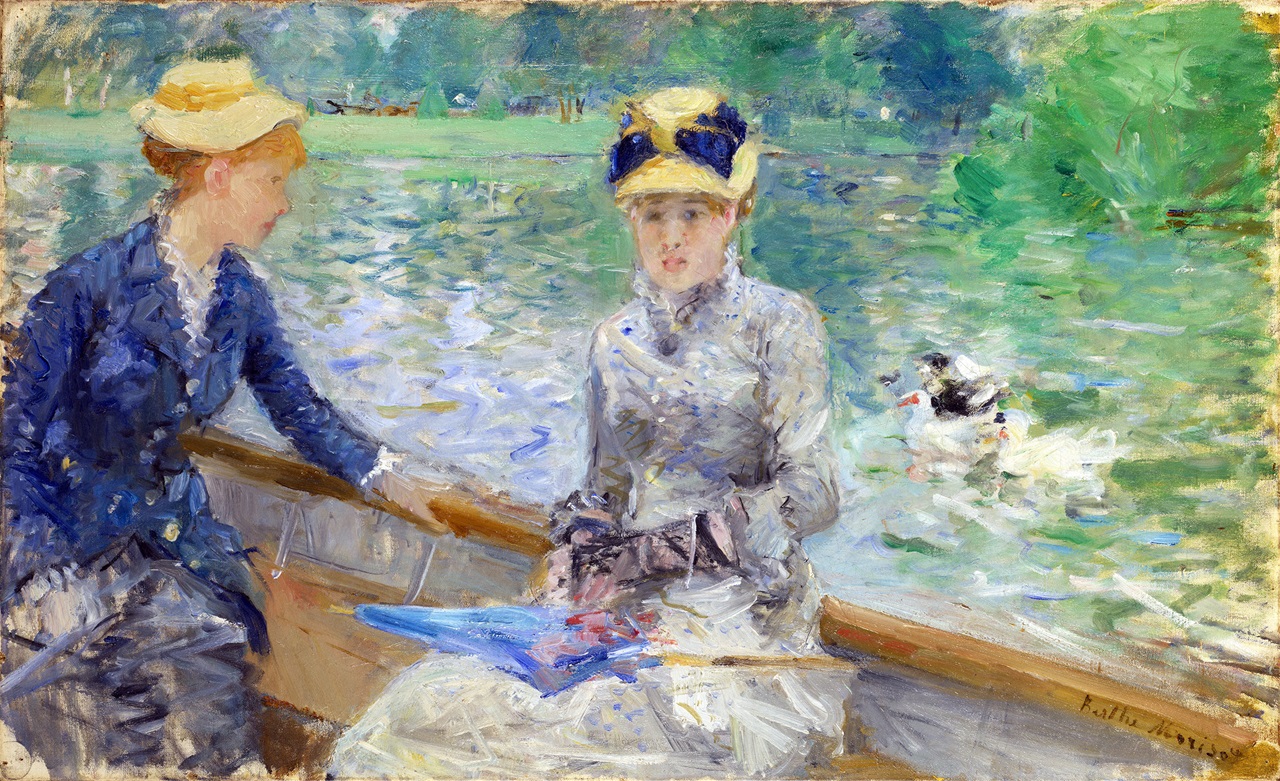